Get to know the people behind the platform

We want to help our customers put the guest experience at the forefront of what they do. We aim to provide a full end-to-end guest management system that can be used to offer an enhanced guest experience and reduce the overhead of manual intervention and paper-based services. 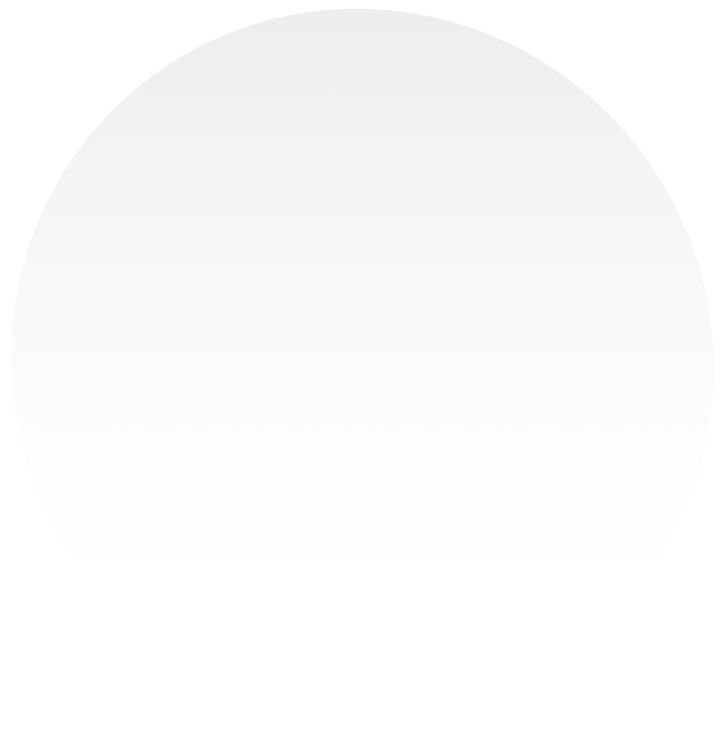 Paul has over 15 years of software development experience and delivers the technical roadmap for our platform.

Eddie has developed a broad portfolio of successful business interests and will act on the board of advisors for Guestia.

Nigel takes responsibility for the on-boarding of new customers, overseeing their welfare and heading up Professional Services.

Richard manages our software teams and has a broad range of multi-sector software development experience. 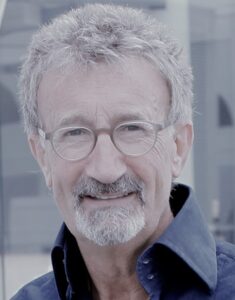 Eddie Jordan’s illustrious business career began as a bank clerk with the Bank of Ireland, but he always had an entrepreneurial mindset, trading conkers and marbles at school as well as buying and selling schoolbooks.

His introduction to racing came in 1970, experiencing karting while in Jersey during a Dublin bank strike. On his return to Dublin he embarked on a karting career that saw him win kart and Formula Ford races, before moving up to Formula 3 and Formula 2. He learnt how to build and set up cars and even while racing, he maintained his business education, buying and selling second-hand cars and motorbikes.

He set up his first team, Eddie Jordan Racing, in 1979 and competed in the junior series. Eddie had an eye for spotting driving talent as well as sniffing out a good deal, with the team signing drivers such as Johnny Herbert, Martin Brundle, Jean Alesi and the legendary Ayrton Senna.

Jordan Grand Prix was founded in 1991 to compete in Formula One. The team quickly earned respect in the paddock and Eddie continued his knack for talent spotting, giving Michael Schumacher his Formula 1 debut in the team’s first season.

Jordan GP continually punched above their weight in the paddock, thanks in no small part to Eddie’s knack of wooing and delivering for big brand sponsors. He brought many names into the sport and more importantly, delivered returns on their investment, recognising the importance of sponsorship to his team’s competitiveness. For instance, in the first year of Benson & Hedges’ sponsorship, the team coloured their cars in the gold of their cigarette packet, switching to yellow after that.

During Jordan Grand Prix’s time in Formula One it notched up 250 race entries, four victories, 19 podium places, including a 1-2 for Damon Hill and Ralf Schumacher at the Belgian Grand Prix in 1998. In 1999, Jordan driver Heinz-Harald Frentzen was a title contender, ultimately finishing third and taking the best placing ever for a Jordan driver in the Drivers’ World Championship. The team also achieved an impressive third place in the Constructors’ Championship that year.

Eddie sold the team in 2005 and since then the Silverstone based outfit has continued to produce competitive racing cars under various owners and team names. For 2021, the team that originated as Jordan Grand Prix will compete as the Aston Martin Cognizant Formula One Team.

Eddie declined multiple offers over the years to run other Formula One teams who were keen to benefit from his racing and business prowess, but he remained an influential figure in the sport, becoming a pundit for BBC F1 in 2009, and also presenting the revamped Top Gear before moving to Channel Four’s F1 coverage in 2016 to continue entertaining viewers with his insight and opinion as their lead analyst.

Eddie’s business career only went from strength to strength after selling Jordan Grand Prix, investing in hedge funds, joining the advisory boards of high-profile companies like Citibank and holding shares in successful companies such as Debrett’s and Valeo foods.

As investor and adviser to the Guestia board, Eddie brings his wealth of knowledge of the sports and hospitality sector, as well as his astute business nous to help grow and expand the company. 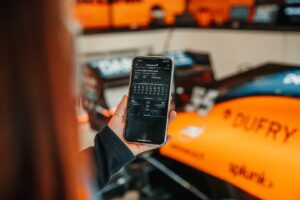 Chief Technology Officer Paul Chapman is the architect of the Guestia platform and app, bringing his 15 years of software engineering experience to Guestia to deliver a product that both works today and can stand the test of time for any type of event and guest management.

Whilst he mainly focuses on the technical side of things, working with our developers to produce the technological roadmap of the platform and app, he also has a hands-on role in developing the company and working with our key clients.

Paul’s passion for software design was sparked after a work placement at a software company during his degree, so much so he took a job at a telecoms company as a junior software engineer when he graduated. Always having an entrepreneurial mindset, he left the company after five years to set up his own software agency, and he won some big clients early on, working with names such as DHL, AB InBev, Ford, Accenture and Bentley to create and manage mobile apps and websites, often for big events.

“A career highlight has to be sitting pitch side at the 2016 FA Cup Final” says Paul. “We’d developed a Facebook game which we adapted so it could be played on the big screens during the match so two competition winners played our game on what were at the time Europe’s biggest screens.”

“As a software company we were working on mainly project-based work, often building event specific apps that would never be used again.” Paul says.  “These transient events apps were all relatively similar despite being made for different clients and brands and so we realised there was a market for one app that could be rebranded for different events and brand requirements.

“People assume there’s lots of event apps out there, and there are, but there aren’t any with the full event management and travel platform that sits behind them, so Guestia is really the full package.”

The strategy quickly paid dividends, with McLaren Racing buying the app to look after their team travel for 2020, which was a proud moment for Paul, “Sitting in the big meeting room at McLaren Technology Centre was unreal, walking down the space age corridors and seeing all the iconic cars lined up, it was very impressive. Then hearing really positive feedback from senior management and them deciding to roll out Guestia for their race team, it just reinforced the belief we had in the product.”

Despite the global pandemic putting an end to hospitality events in 2020, the Guestia team took it in their stride and added features to the platform to help organisers host COVID-19 safe events in the future.

Looking ahead, Paul says he would like to “pick up where we left off” before the pandemic hit, which means expanding the business further through motorsport initially. “We have a product that really works for the uniqueness of an F1 team, in terms of both their travel and hospitality needs, and so we want to make a name for ourselves within motorsport hospitality and then learn and grow out from there.” 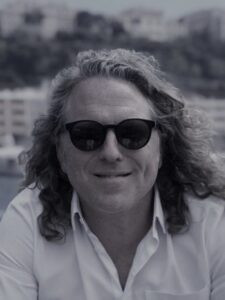 Commercial Director Nigel Essam oversees the sales, business structure and development and marketing of Guestia but more than that, he leads and steers our development to maintain a laser focus on guest experience, because it was his own experience as a guest that originally led to his career in motorsport events.

Nigel was running several other businesses when an invite to the Monaco GP sparked a love affair with the principality, and the sport, that would eventually become his life.

After being hosted on a yacht at the 2005 Monaco GP, he saw the amazing potential the blue riband event held for hospitality, as well as producing fantastic racing. Having been to corporate hospitality many times before, he had seen there were ways to improve it, to give guests a more memorable experience. So, the following year, despite having no background or contacts in Formula One, he chartered a 70ft boat, got it trackside for the weekend and used all he had learnt to show his 30 guests the time of their lives.

The next year, he chartered three boats, and each year since then has improved the hospitality experience and grown his events company. His events company is now one of the biggest providers of secondary hospitality over the Monaco GP weekend, hosting 1200 people including royalty, mostly on trackside yachts over the four-day event.

So, it’s fair to say Nigel knows a thing or two about hospitality, and when he heard about a new app that would improve the guest experience further, he jumped at the chance to be involved.

“I initially worked with the team as a consultant when the app was being developed for a sponsor at the 2018 World Cup.” Nigel says. “I immediately saw the benefits of Guestia to improve the guest experience. It had always bothered me that we communicated with guests in quite an archaic way, for example sending pdf menus to people who are paying thousands of pounds for a ticket. I always felt there must be a better way, and so as soon as I saw Guestia, I realised that was it.”

Nigel came on board as Commercial Director in early 2018, and has been heavily involved since, growing the company and getting the Guestia name in the door at key clients, but also feeding back his valuable events knowledge to make sure the app really works for corporate hospitality and how it operates.

“My events company used Guestia to manage our guests at the 2019 Monaco GP, where it is a logistical nightmare trying to move people around the closed roads of the street circuit. Using Guestia revolutionised the way we looked after our guests, improving communication and making the logistics simpler, which only cemented my belief that the app was a game changer for sports hospitality.”

What excites him most about Guestia? “Guestia truly fills a gap in the market, not only in motorsport and F1 but also in the wider sporting industry. What we have is genuinely different and the first of its kind, and it has the potential to cause a shift in the market; everyone in hospitality should be using it.”